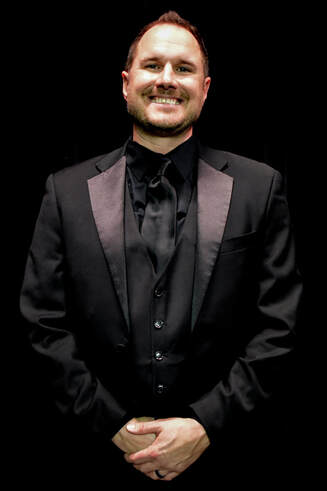 Gary Barnard is the Director of Bands and cluster coordinator at Colleyville Heritage High School in Colleyville, TX. His responsibilities include direction of the Wind Ensemble and the Panther Marching Band.

Before joining the CHHS family in 2020, Mr. Barnard was a band director in Birdville ISD, Denton ISD, Carroll ISD, and McKinney ISD.

His ensembles have consistently experienced competitive success on stage and in stadiums, including TMEA, UIL, Bands of America, Music for All, WGI, US Bands, the Foundation for Music Education, the Tournament of Roses, as well as other local, regional, and national events.
​
Mr. Barnard is a graduate of Union High School in Tulsa, Oklahoma, and received his Bachelor of Music from the University of Texas at Arlington and his Master of Educational Administration from the University of North Texas.

​Mr. Barnard has been involved with Drum Corps International and performed with the Colts and Phantom Regiment. He has served as a brass instructor for the Crossmen, Phantom Regiment, and the Troopers. He was a consultant for Dust Storm Indoor Winds, a program offering of Tarrant County College in Hurst.  He is the owner and operator of Front Hash Marching, LLC., a clothing company offering premium apparel geared towards the marching arts.

Gary is married to Daphne Barnard, managing director of Chelsea Hall, Inc., Learning Centers and Bistros in Southlake and Colleyville. They live in north Fort Worth with their sons Daniel and Brentwood, in a house full of rescued animals. 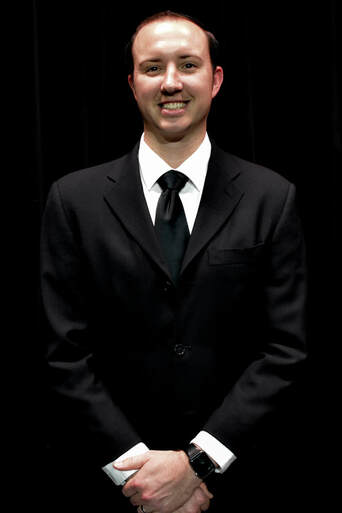 Cody Haddock is one of the Assistant Band Directors at Colleyville Heritage High School. His responsibilities include directing the Symphonic Band and the Panther Marching Band.

Mr. Haddock is joining us from Carter Riverside High School where he served the last five years as Director of Bands. While at CRHS, he directed the Wind Ensemble, Marching Band, Jazz Band, and percussion ensembles.
​
He is a graduate of Flower Mound High School and the University of North Texas where he received his Bachelor of Music. While at UNT, Mr. Haddock was fortunate to study with some outstanding percussionists and perform with various ensembles including the Wind Symphony, Percussion Ensemble, Steel Band, Indoor Drumline, and the Green Brigade Marching Band.

Mr. Haddock has been involved with DCI, having marched snare drum with the Boston Crusaders and the Santa Clara Vanguard. He is now writing and consulting for various groups throughout Texas. 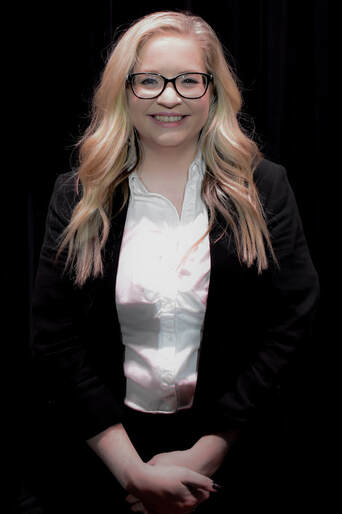 Mrs. Eby graduated Magna Cum Laude from The University of Texas at Arlington where she received her Bachelor's Degree in Music Education. While at UTA, she served as Drum Major and Undergraduate Staff of the Maverick Marching Band as well as Flute Section Leader and Uniform Manager. Additionally, she served as President of the UTA chapter of the Tau Beta Sigma National Band Sorority, including holding other leadership roles in the organization. Mrs. Eby was a member of the UTA Wind Symphony where she played flute and piccolo. While a member of the Wind Symphony, Mrs. Eby had the privilege of participating in many performances, including a concert at the TMEA Convention in 2017.
​
Mrs. Eby's professional affiliations include Texas Music Educators Association, Texas Bandmasters Association, and Young Band Directors of Texas. When she is not teaching, Mrs. Eby enjoys photography, reading, and hanging out with her husband and dog! 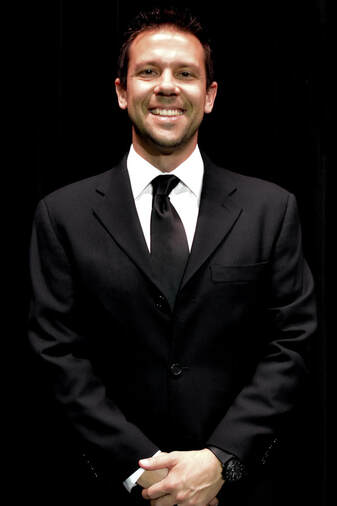 Nick Beaudet is originally from the Dallas/Fort Worth area and has been involved with performing and teaching since high school. He has a Bachelor of Music Education degree from the University of Texas at Arlington and a Masters degree in Music Performance from Texas A&M University Commerce.  During this time, he performed in groups such as the Wind Ensemble, Percussion Ensemble, Symphony Orchestra, African/Brazilian Ensemble, Jazz, Latin Jazz, and various marching ensembles.

Mr. Beaudet was involved with Drum Corps International, where he marched tenors with The Cavaliers Drum & Bugle Corps in 2008 and 2009. He also had the privilege of teaching as a member of the Cavaliers instructional staff for 13 seasons from the 2010-2022.

Mr. Beaudet had experience with indoor marching percussion in the WGI circuit with Tyler Junior College as a percussion instructor in 2011, where they competed at a world class level.  From 2013 through the 2016 season, he was happy to serve as a tenor technician at ViP, an Independent indoor percussion group out of the DFW area. Over the years, Mr. Beaudet has taken part as a performer with various groups such as Six Flags Over Texas, the Dallas Cowboys Rhythm and Blue Drumline, the Dallas Mavericks Drumline, the FC Dallas Drumline, Dynamic Rhythm Entertainment, and the Cutting Edge Haunted House Drumline in Fort Worth.

Mr. Beaudet's current role is Assistant Band Director at Colleyville Heritage High School, where his duties include instruction of the Jazz Band and Percussion. Mr. Beaudet, his wife Katierose, and their son Miles currently live in the Carrollton area and have been part of the Panther Band family since 2015.  Mr. Beaudet is an endorser of Innovative Percussion and Remo products and implements. 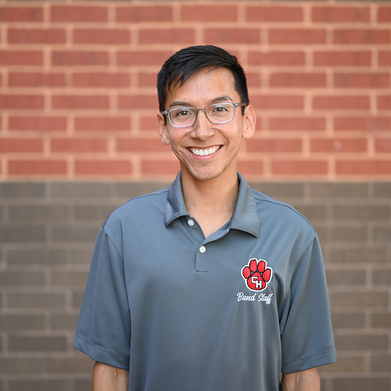 Dr. Martin Godoy serves as the Diamonds Dance Guard at CHHS. He previously served as the color guard director of the UT Arlington Band and co-director of the UT Arlington Dance Ensemble. Mr. Godoy was a member of The Bluecoats color guard in 2006-2007 and The Cavaliers color guard in 2008 whose program earned them 3rd place at world championships. He was a member of Black Gold Winter Guard and Danielle Georgiou Dance Group. He has also danced with Dallas Neo-Classical Ballet and Wichita Falls Ballet. He also participated at the Domaine Forget International Dance Academy in Canada.

Dr. Godoy holds a Bachelor of Music and a  Master of Music in Flute Performance from UT Arlington and a Doctor of Musical Arts from the University of North Texas. His principal teachers include Dr. James Scott, Terri Sundberg, Dr. Elizabeth McNutt, Janis Grannell, and Dr. Sarah Frisof. He is a Miyazawa Emerging Artist and is the winner of numerous flute competitions. He subs with the Dallas Winds. 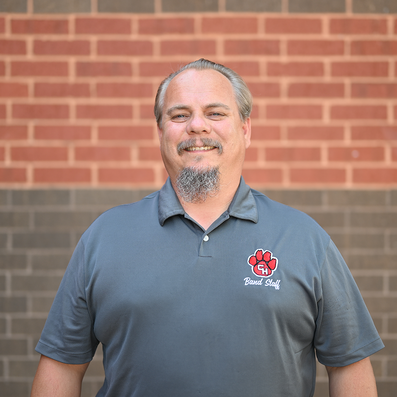 Daniel Wyn Darrah received his Bachelors of Music degree in percussion performance from the University of Montana studying with Dr. Robert Ledbetter. Daniel went on to study percussion at the University of North Texas, where he received his Masters degree in music performance studying under Mark Ford and Christopher Deane. As a member of the prestigious University of North Texas Wind Symphony and Graduate Percussion Ensemble, Dan was involved in numerous recording projects and performed at many regional and national conventions, such as the CBDNA, TMEA and PASIC conventions.

While at UNT, Daniel served as a teaching fellow, directing several ensembles while teaching lessons and classes. In 2008, Daniel was the assistant director of the PASIC Champion UNT Indoor Drum Line working alongside Paul Rennick and in 2009, received the Outstanding Graduate Student in Percussion award. The following year, Daniel served on the faculty at the University of Montana as the Director of Percussion.

In 2006, Daniel joined the Blue Knights Drum Corps staff as the front ensemble instructor. While with the Blue Knights, he had several I and E winners, including Best Front Ensemble in 2007 and 2010 with works that he arranged and directed. In 2011, Daniel became part of the design team for the Blue Knights and served as percussion caption head in 2012.

Daniel has taught in the Dallas/Fort Worth area since 2003. He has served as a consultant, arranger, and instructor for both classical percussion ensembles and drumline front ensembles. He has also taught private lessons in several school districts. Daniel has devoted most of his time and teaching to Colleyville Heritage High School. During his time at CHHS, the percussion program has earned multiple awards and honors, including marching percussion champions of the Plano Drum Line Competition, Lone Star Classic, and best front ensemble at the PASIC Marching Festival and Lone Star Classic. Dan is now serving as the Assistant Director of Percussion at Colleyville Heritage High School. ​ 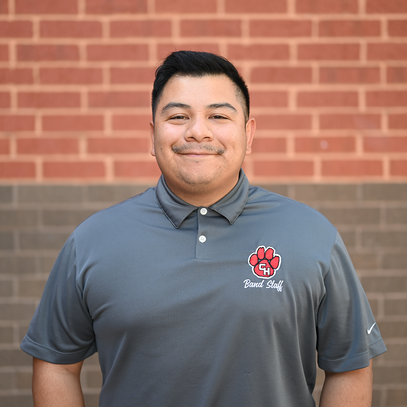 Tony Luna is a percussion specialist originating from the Dallas/ Fort Worth Area. He has been teaching private lessons and serving as a battery coordinator/ technician all over the metroplex since 2013.

Mr. Luna is a Richland High School alumni class of 2012 and went on to march DCI open class with the Genesis Drum and Bugle Corps in 2013. Then based out of the Rio Grande Valley and now out of Austin, TX, he was member during the year that achieved the groups highest placement earning their first bronze medal in open class.

Since his time performing as percussionist, he has been a part of many performing groups/ drumlines in the area such as the Dallas Mavericks, the Dallas Cowboys, FC Dallas, Dynamic Rhythm Entertainment, and the Cutting Edge Haunted House.

Although focusing primarily on drumline and percussion ensemble development, he is also sound in the drumset/ world percussion realm of drumming. He is heavily involved in the Dallas/ Fort Worth music scene performing with different groups/ combos in the styles of Latin, Funk, Jazz, County and Rock. He has been very fortunate to use his background in percussion to perform around the country as a touring musician and educator.

Mr. Luna is currently serving as an Assistant Percussion Instructor/ Battery Coordinator for the Colleyville Heritage Panther Band and is thrilled to be working alongside a great team of educators.

The students at Colleyville Heritage High School are extremely fortunate to receive exemplary instruction while in middle school.  The successes at CHHS are a direct result of the dedication of the many teachers that started these students on their musical journey.