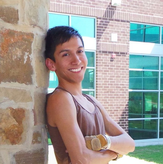 Martin Godoy serves as the color guard director at Colleyville Heritage High School. He previously served as the color guard director of the UT Arlington Band and co-director of the UT Arlington Dance Ensemble. Mr. Godoy was a member of The Bluecoats color guard in 2006-2007 and The Cavaliers color guard in 2008 whose program earned them 3rd place at world championships. He is a member of Black Gold Independent World Winter Guard and Danielle Georgiou Dance Group. He has also danced with Dallas Neo-Classical Ballet and Wichita Falls Ballet. In 2014, he was selected to participate at the Domaine Forget International Dance Academy in Canada.

Outside of realms dance and color guard, Mr. Godoy holds a Bachelor of Music (Education) and Master of Music in Flute Performance from UT Arlington and is currently pursuing his Doctor of Musical Arts at the University of North Texas. He has competed at the National Flute Association Young Artist competition and in the Ernest Bloch International Music Competition and subs for the Dallas Winds. 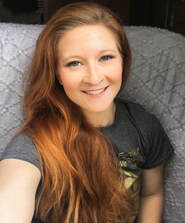 ​Cristyn Boyd serves as the Color Guard Technician for the Panther Diamonds Dance Guard. She graduated from Coppell High School in 2013 and is currently attending Community College in Dallas to obtain her Associates of Arts Degree.

Cristyn was a member of the Troopers Drum and Bugle Corp in color guard and marched for four years until her age out in 2016. She has also marched with Brenham Independent Winter guard from Dallas, TX and marched in 2014-2015. In 2016 she joined CGT Dallas and is currently a member as a five year veteran.

During her off time with Colleyville, in 2018 and 2019 she was a part of the Troopers Administration Team. Her duties involved working on the food truck as the vegetarian chef as well as a transportation driver. She applied to be on staff for the Troopers Colorguard for the 2020 season. She can’t wait for next season!

Ms. Boyd loves Dr. Pepper, music and anything related to Disney! She also loves to teach the Diamonds new things about the world of color guard and why it’s important to her. 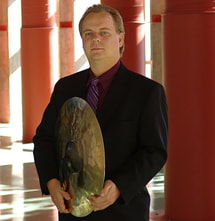 Daniel Wyn Darrah received his Bachelors of Music degree in percussion performance from the University of Montana studying with Dr. Robert Ledbetter. Daniel went on to study percussion at the University of North Texas, where he received his Masters degree in music performance studying under Mark Ford and Christopher Deane. As a member of the prestigious University of North Texas Wind Symphony and Graduate Percussion Ensemble, Dan was involved in numerous recording projects and performed at many regional and national conventions, such as the CBDNA, TMEA and PASIC conventions.

While at UNT, Daniel served as a teaching fellow, directing several ensembles while teaching lessons and classes. In 2008, Daniel was the assistant director of the PASIC Champion UNT Indoor Drum Line working alongside Paul Rennick and in 2009, received the Outstanding Graduate Student in Percussion award. The following year, Daniel served on the faculty at the University of Montana as the Director of Percussion.

In 2006, Daniel joined the Blue Knights Drum Corps staff as the front ensemble instructor. While with the Blue Knights, he had several I and E winners, including Best Front Ensemble in 2007 and 2010 with works that he arranged and directed. In 2011, Daniel became part of the design team for the Blue Knights and served as percussion caption head in 2012.

Daniel has taught in the Dallas/Fort Worth area since 2003. He has served as a consultant, arranger, and instructor for both classical percussion ensembles and drumline front ensembles. He has also taught private lessons in several school districts. Daniel has devoted most of his time and teaching to Colleyville Heritage High School. During his time at CHHS, the percussion program has earned multiple awards and honors, including marching percussion champions of the Plano Drum Line Competition, Lone Star Classic, and best front ensemble at the PASIC Marching Festival and Lone Star Classic. Dan is now serving as the Assistant Director of Percussion at Colleyville Heritage High School.
​ 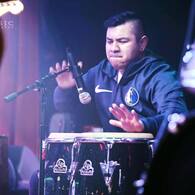 ​Tony Luna is a percussion specialist originating from the Dallas/ Fort Worth Area. He has been teaching private lessons and serving as a battery coordinator/ technician all over the metroplex since 2013.

Mr. Luna is a Richland High School alumni class of 2012 and went on to march DCI open class with the Genesis Drum and Bugle Corps in 2013. Then based out of the Rio Grande Valley and now out of Austin, TX, he was member during the year that achieved the groups highest placement earning their first bronze medal in open class.

Since his time performing as percussionist, he has been a part of many performing groups/ drumlines in the area such as the Dallas Mavericks, the Dallas Cowboys, FC Dallas, Dynamic Rhythm Entertainment, and the Cutting Edge Haunted House.

Although focusing primarily on drumline and percussion ensemble development, he is also sound in the drumset/ world percussion realm of drumming. He is heavily involved in the Dallas/ Fort Worth music scene performing with different groups/ combos in the styles of Latin, Funk, Jazz, County and Rock. He has been very fortunate to use his background in percussion to perform around the country as a touring musician and educator.

Mr. Luna is currently serving as an Assistant Percussion Instructor/ Battery Coordinator for the Colleyville Heritage Panther Band and is thrilled to be working alongside a great team of educators.

As a performer, Mr. Seneca spent three years with The Cavaliers Drum and Bugle Corps from Rosemont, IL. As a trumpet player, he and the corps earned the title of DCI World Champion in 2006. Upon “aging out” of drum corps, Mr. Seneca joined the visual staff of The Cavaliers in 2009 until 2014.

Mr. Seneca currently resides in The Colony, TX with his wonderful wife Ashton. Since 2010, Mrs. Ashton Seneca has held the position of Assistant Director of Bands at Griffin Middle School in Frisco, TX.
colleyvilleheritageband.com